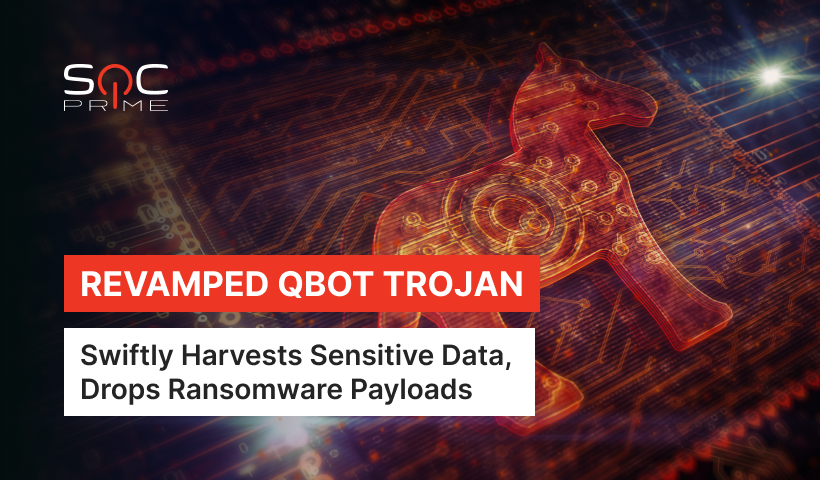 For instance, security researchers observe QBot maintainers increasingly abusing the LOLBin (Living Off the Land Binaries). Particularly, a common LOLBin is known as Regsvr32.exe: threat actors utilize this command-line utility to plant trojans like Lokibot and QBot in a victim’s system. This approach creates a lucrative environment for the operation’s success, given that Regsvr32.exe is a tool used within multiple routine processes.

QBot (QakBot, QuakBot, also Pinkslipbot) first surfaced in the late 2000s. For about 15 years, the trojan has been causing headaches, with the cybercrooks behind it faithfully coming up with innovative ways of carrying out their malicious activity.

Over the last few years, the QBot malware has grown into a wide-ranging Windows malware family, mostly utilized in phishing campaigns. It enables hackers to steal bank and Windows domain credentials, infect other machines, and provide ransomware groups with remote access. According to current data, QBot was employed as a delivery agent for ransomware to acquire initial access to corporate networks by such notorious gangs as REvil, PwndLocker, Egregor, ProLock, and MegaCortex.

In the current campaigns, QBot operators deliver malicious Word, Excel, RTF, and composite documents. When a victim opens a document, it fuels the QBot infections’ spread. The initial QBot DLL loader is downloaded and the QBot process uses a Windows schedule task to elevate its level of access to the system. In as little as 30 minutes, the entire victim’s system is raided.

QBot has been on the cybersecurity radar for more than 15 years now, earning itself a notorious rank of a seasoned malware old-timer, distributed via email. In the light of a growing number of email phishing campaigns, Microsoft announced a default change for five Office applications that run macros, i.e., to block internet-obtained VBA macros, effective April 2022.

The above solution will hopefully become a giant security leap for Windows-operated devices. In the meantime, detection rules by Nattatorn Chuensangarun help security professionals to expose the latest QBot attacks against the organization’s network:

Qbot Malware use REG Process to Defense Evasion (via process_creation)

Qbot Malware use msra Process to Privilege Escalation (via process_creation)

Sign up for free at SOC Prime’s Detection as Code platform to make threat detection easier, faster, and more efficient with industry’s best practices and shared expertise. The platform also enables SOC professionals to share detection content of their creation, participate in top-tier initiatives, and monetize the input.