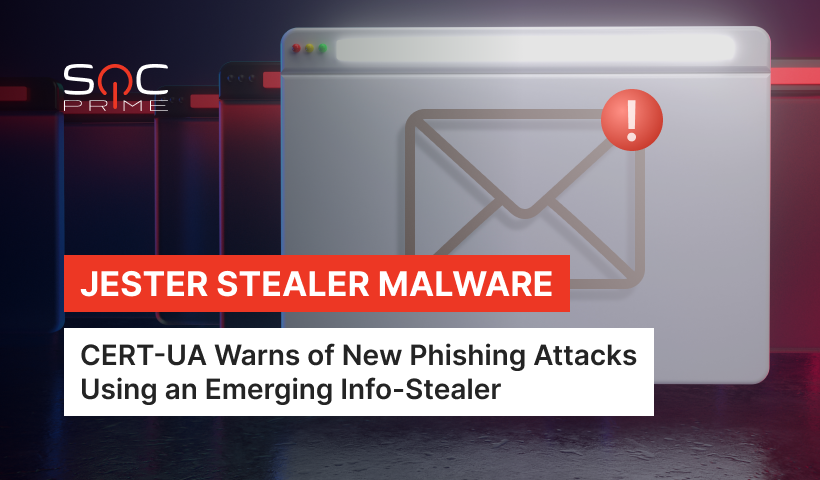 A wave of new phishing cyber-attacks has recently swept Ukraine. Hard on the heels of an attack by the APT28 threat actors spreading the CredoMap_v2 info-stealing malicious software, another hacking group has recently distributed phishing emails deploying malware called Jester Stealer, as CERT-UA reports. This latest malicious activity has been tracked as UAC-0104 based on the adversary behavior patterns.

Jester Stealer Analysis of the Latest Attack by UAC-0104

In the latest cyber-attack through phishing emails infected with Jester Stealer, threat actors have exploited the “chemical attack” topic as a lure aimed to trick users into opening emails that contained a link to an XLS file with a malicious macro. After opening the file and enabling the macro, the latter launches an executable file, which further infects the system with the above-mentioned info-stealing malware strain. Exfiltrated data can then be shared with attackers using the Telegram messaging service via statistically defined proxy addresses, including the TOR network. The info stealer used by the UAC-0104 group uses a set of techniques to hinder malware analysis and lacks a persistence mechanism. Through a series of updates, the malware has gradually enhanced its capabilities, including AES-CBC-256 encryption, log storage in memory, as well support for anti-sandbox and anti-VM features. Moreover, Jester Stealer deletes itself after completing the malicious operation enabling threat actors to evade detection.

Moreover, this rule kit can be leveraged to search for cyber threats related to the malicious activity of the UAC-0104 group using SOC Prime’s Quick Hunt module, making hunting simpler than ever.

To gain insights into attackers’ behavior behind the latest UAC-0104 attacks involving Jester Stealer malware, the Sigma-based detections referenced above are mapped to the MITRE ATT&CK framework addressing the corresponding tactics and techniques: