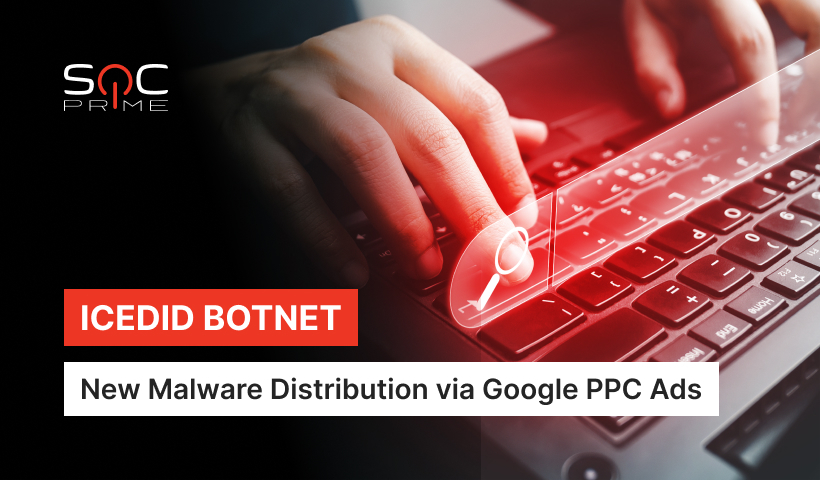 All the detection content is compatible with 25+ SIEM, EDR, BDP, and XDR solutions and is mapped to MITRE ATT&CK® framework v12 addressing the Defense Evasion and Execution tactics and the corresponding System Binary Proxy Execution (T1218) and Command and Scripting Interpreter (T1059) techniques.

IceID botnet has been in the limelight in the cyber threat arena since 2017, posing a significant risk to organizations due to the constant evolution and sophistication of its variants. IcedID is capable of delivering other payloads, including Cobalt Strike and other malicious strains.

Used earlier as a banking Trojan also known as BankBot or BokBot and designed to steal financial data and banking credentials, the malware evolved to a more advanced payload leveraging email hijacking to compromise Microsoft Exchange servers in April 2022. The same month, IcedID malware was also leveraged in the cyber attacks targeting Ukrainian state bodies according to the corresponding CERT-UA alert.

Notably, on December 21, 2022, the Federal Bureau of Investigation (FBI) issued a public announcement warning cyber defenders about the growing volumes of malvertising campaigns, in which attackers impersonate brands via search engine ads to steal login credentials and other financial data.

According to Trend Micro research, IceID distributors hijack the search engine keywords applied by a wide range of popular brands and applications to show malicious ads, including Adobe, Discord, Fortinet, Slack, Teamviewer, and more. The infection chain starts with the distribution of a loader, then followed by fetching a bot core, and finally, the delivery of a malicious payload. In the latest IcedID distribution campaign, the loader is dropped using an MSI file, which is uncommon for other attacks spreading the IcedID botnet.

As potential mitigation measures that can be taken to minimize the risks of malvertising attacks, cyber defenders recommend applying ad blockers, leveraging domain protection services, and increasing cybersecurity awareness of the risks related to spoofed website use.