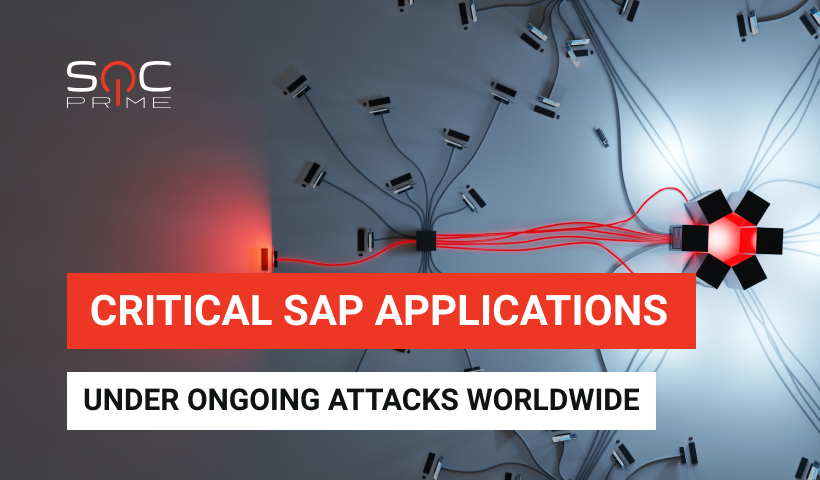 To expand the malicious capabilities and increase the scale of compromise, adversaries chain the vulnerabilities during the attacks against vulnerable SAP systems. The Onapsis report highlights one of these intrusions, during which hackers exploited CVE-2020-6287 to create an admin user and log in to the targeted system with the highest privileges. Then, malicious actors leveraged CVE-2018-2380 for shell upload and used CVE-2016-3976 to access login credentials for high-privileged accounts and core databases. Notably, the whole malicious operation took less than 90 minutes.

Onapsis experts believe that malicious activity related to the SAP attack originates from a widespread infrastructure managed by coordinated threat groups. Adversaries rely on the same approach while performing OS intrusions, network-based attacks, and key business app compromise. Notably, the malicious activity is registered in multiple countries around the globe, including Hong Kong, Japan, India, the US, Sweden, Taiwan, Yemen, and Vietnam.

The attackers are continuously going after new vulnerabilities in SAP applications, being extremely fast at weaponizing them. The Onapsis report states that it takes hackers from 3 to 72 hours after the patch release to produce working exploits. In a view that many businesses fail to secure their installations timely, a threat to mission-critical SAP apps is persistent and ongoing.

Although SAP hasn’t disclosed any direct customer-related breaches tied to this malicious campaign, security practitioners from Onapsis registered approximately 1,500 attacks against SAP applications during June 2020 – March 2021. At least 300 of them were successful and reached the malicious goal.

To detect SAP vulnerabilities exploitation and secure organizational environments, users are urged to perform a compromise assessment of their SAP applications and check whether all instances are fully patched against the existing flaws. All the vulnerabilities under fire are rather old, with a full set of patches and mitigations already available. Also, SAP customers are prompted to secure their Internet-facing accounts with strong credentials and minimize the number of systems facing the public web.

To enhance proactive defense from the possible attacks, you can download a set of Sigma rules released by the SOC Prime Content Team and our keen Threat Bounty developers.

Also, you can check the full list of detections related to the ongoing SAP attack directly from Threat Detection Marketplace. Stay tuned to our blog not to miss fresh rules on these nasty vulnerabilities.

Get a free subscription to Threat Detection Marketplace to reduce the meantime of cyber-attack detection with our 100K+ SOC content library. The content base enriches every day to identify the most alarming cyber threats at the earliest stages of the attack lifecycle. Have a desire to create your own curated content?  Join our Threat Bounty community for a safer future!