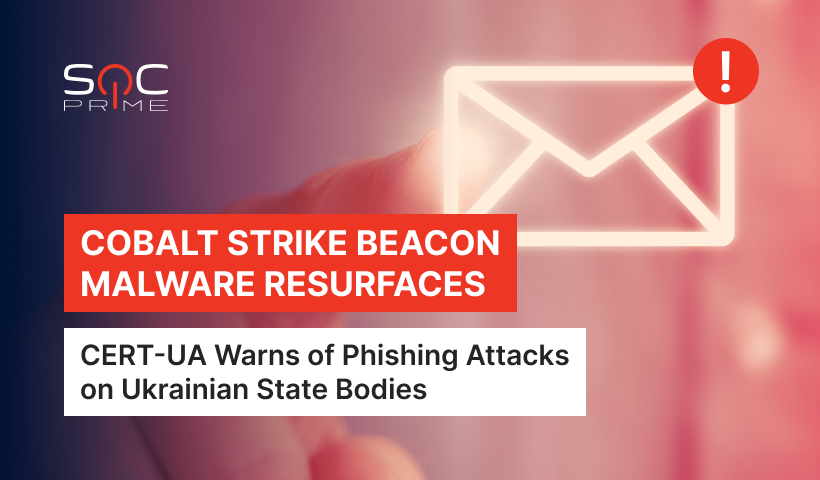 Over a month ago, Ukrainian government entities faced phishing attacks spreading email lures with malicious files that sequentially downloaded one another to infect the targeted system with a set of malware strains, including Cobalt Strike Beacon, the default malware payload used to create a connection to the team server and designed to model advanced attackers.

Cobalt Strike Beacon is known to have been used earlier in malware distribution campaigns, including the cyber-attacks exploiting the CVE-2018-20250 vulnerability in the WinRAR archiver. In this cyber-attack, malicious archives were delivered via spam emails and triggered the infection chain to run harmful scripts and other payloads.

In the most recent cyber-attack by the UAC-0098 threat actors, the malicious payload has been spread via phishing emails with the lure subject related to Azovstal. The targeted emails in question contained XLS attachments and malicious macros involved in the infection chain that led to delivering Cobalt Strike Beacon and compromising the victim’s computer. Based on the applied encryption techniques, the revealed activity has been attributed to the nefarious russia-affiliated malware gang TrickBot.

Security professionals can proactively defend against cyber-attacks involving Cobalt Strike Beacon spread by the UAC-0098 hacking group with a set of curated Sigma-based detection rules from the SOC Prime Team:

The entire detection stack is tagged as #UAC-0098 for streamlined content search for related threats. Before accessing the rules, please sign up for SOC Prime’s Detection as Code platform or log in with your existing account.

Teams can also search for threats associated with the activity of the UAC-0098 hacking group using the above-referenced hunting content with SOC Prime’s Quick Hunt module.